One of the things that I have expanded into is creating book covers for writers. I've been prosperous enough to have been chosen for a few so far. Hopefully more will be coming.

The covers are created in Daz Studio. The people and most of props are purchased, but some I have made in 3D Studio Max. 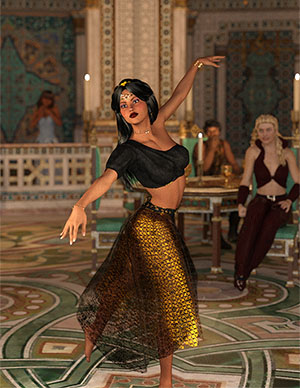 I have been fortunate enough to do two book covers for D. L. Kramer, and I have another one in the works. You can find the author's page here D. L. Kramer.

The one of the main characters is a dancer and the author wanted the scene where she danced for the king as the cover.

Book summary from the author: "Leaving the kingdoms of Olorun and Herridon behind, Mehlis finds herself in the kingdom of Kamir, a land of lush rivers and decadence. As the minstrel Tabari helps her continue to find her way, she learns more about herself and the world, learning to deal with the consequences of emotions and decisions and the complexities of politics in lands other than her own. It's while in the Kamiri city of Azhar that she realizes her own king may have claim to a heritage none of them suspected." 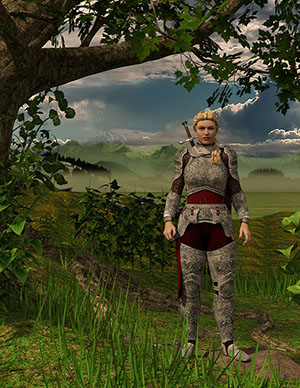 This was the first book cover I did for D. L. Kramer.

Book summary from the author: "Broken and shattered with the death of her younger brother after the Siege of Herridon, Mehlis d'Corydon is put into the charge of the minstrel Tabari. Her older brother has turned her out of their family's Hold, telling her to find herself and her place in the world. Not knowing Tabari is far more than a simple minstrel, she accompanies him and discovers more about herself and the world than she ever expected." 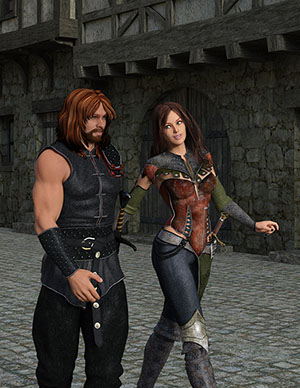 The New Ranger is a eBook by Leah Eden Hyde. I'm not sure if this is still available.