"All the world's a stage, and all the men and women are merely players..." - William Shakespeare

I've been using Daz Studio for a little while. These are some scenes I've created, most are using items already created for Daz Studio, or Poser, but a few contain original creations of mine. This page mostly contains my just experimenting with Daz Studio. 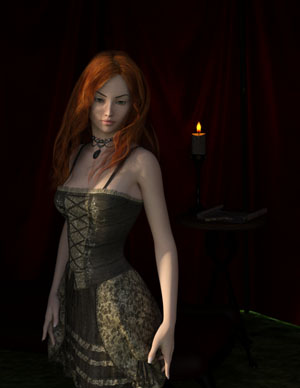 This was an exercise in experimentation using the Iray renderer.

I know that the background is really dark, but there is a number of items inside the tent. The scene uses some Fantasy Camp items from the Daz Studio store and things just sort of fell into place. I created the candle flame and light inside the tent. 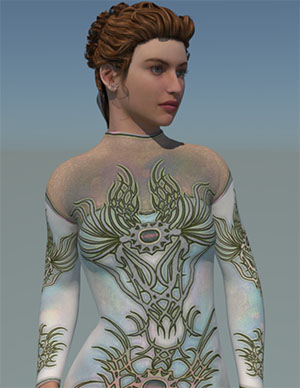 Another exercise in experimentation. This was made with the Lux renderer.

This just seems like a classical beauty to me. 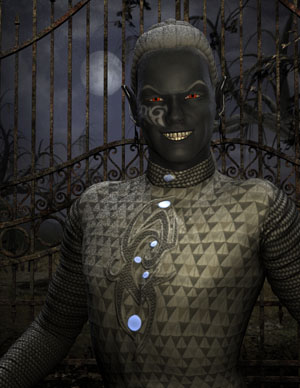 I play D&D with some friends. Sometimes I will make our characters in Daz Studio. This is a Dark Elf I had. 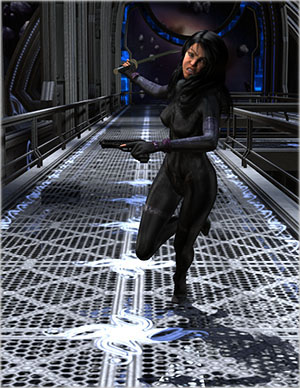 What do you mean you don't know what you did? 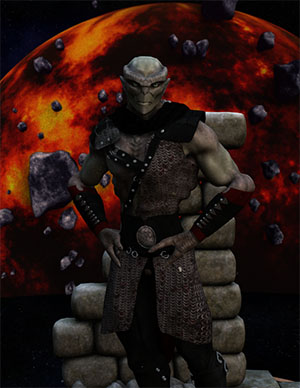 One of the things I have going on the back burner is a webcomic. I needed an alien for it and came up with this guy.

The alien is a morph for the Genesis figure. It can be found in DarioFish's store on Renderosity. He is standing on Muelsfell Display Plinth, it can be found at Daz3D. 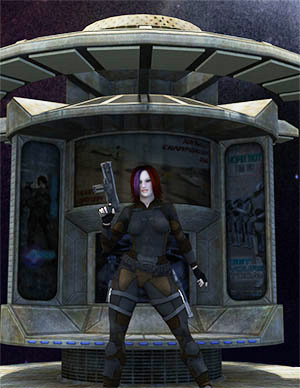 This is another experiment with Daz. 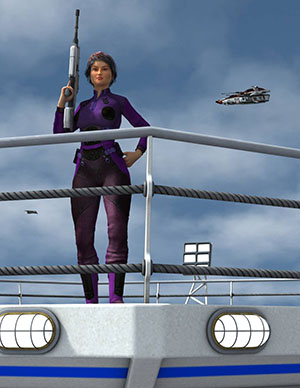 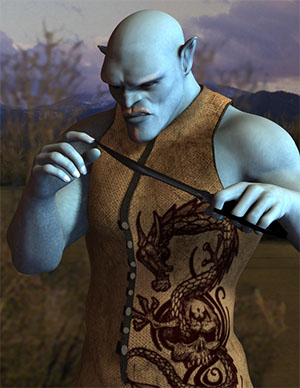 As you can probably tell a lot of my work here is just playing around with Daz Studio, just to see what I can come up with, and this is no different.

I came across this ogre morph and the thought of one trying to clean his nails with a large knife just struck me as amusing.