I have been using Daz Studio for a number of years. While you can get really close to 'real' with it, I've always found it to be a little short. I purchased Character Creator 3 and iClone 7 from Reallusion, for the upgrade to CC4 and iClone 8. More digital humans coming. 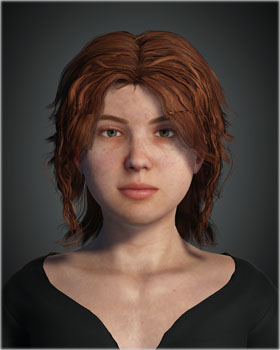 This my first attempt at creating a character with Character Creator 3 from Reallusion. Nothing fancy here, just a render from the viewport in CC3.

Lile is a minor character on a web comic that I'm working on. She is a street kid who is a tactical weapons savant.

Lile was initially modeled in Daz Studio, before acquiring CC3. After getting CC3 I recreated her from scratch in CC3.

The hair and clothing are imports from Daz Studio. The hair kind of wigged out on the import, it will take a bit of time to get that fixed.