Like almost every other guy out there I love cars and other vehicles. They truly can be works of art in their own right.

I've been using Daz Studio for a little while. These are some scenes I've created, most are using items already created for Daz Studio, or Poser, but a few contain original creations of mine. This page mostly contains my just experimenting with Daz Studio. 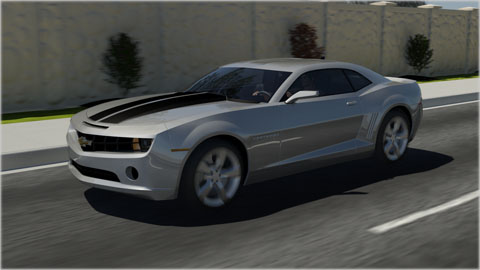 My wife has wanted a 2010 'Bumble Bee' Camaro for a long time, so I thought I would make one.

This scene was modeled in 3D Studio Max. The street is modeled after a local street in the city that we were living at the time. I even got to use math to figure out the rotation of the tires at 40 mph and how far the car would travel for 1 frame at 30 frames per second. The sun was set for out location too, on July 4th. When I showed this to people I worked with most of them thought it was a real picture - which was the effect I was going for. 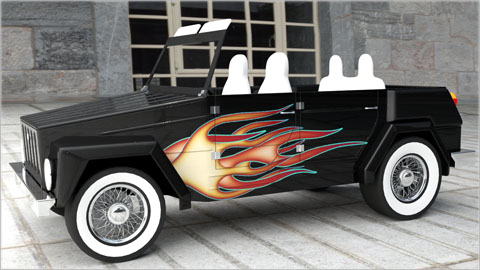 I have always loved the VW Thing, it is just cool!

The flames were an idea of a friend of mine, when I asked him how it should look he wanted flames. 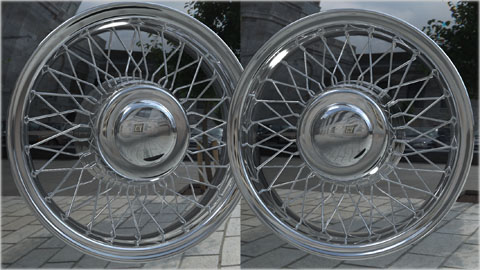 I modeled these wheels for the VW Thing . 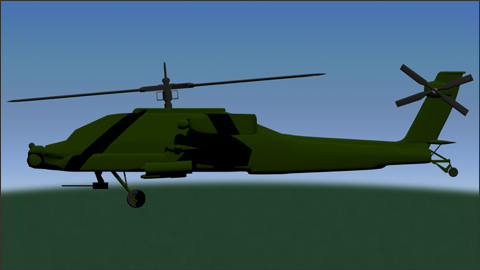 This is a very low poly Apache helicopter. As I am usually very highly detailed in my work, I prefer trying to make things as realistic as possible, this was an exercise to force myself to keep it low poly.